A No-Fail Recipe for Reviving Your Marriage

A Mississippi native, Laine’s compassionate heart for women facing desperate situations grew out of the mountains God moved in her own life. To spread her message of hope, Laine took a leap of faith and founded WHOAwomen in 2007, an outreach to women that included a local television program, The Whoa Show, a nationally circulated publication, WHOAwomen Magazine, her very first book, Feeling God’s Presence Today, and her brand new book, Start Again from Scratch: A No-Fail Recipe for Reviving Your Marriage.

“God has given me a passion and message,” Laine says, “to show women how there is nothing impossible for God. Your health, your relationships, your finances—whatever seems impossible in your life, God can meet you in the middle of it and bring hope, healing and peace. He’s still in the business of restoration and he’s still parting the Red Sea in lives today.”

In 2013, building on the success of the WHOA brand, Laine began developing her own faith-based talk show for women, a platform for sharing powerful stories of how God has accomplished the seemingly impossible in women’s lives all over the globe. With compelling interviews with ordinary women and celebrities alike, it is an upbeat, engaging program for women and about women, featuring segments on food, fashion, music and more. Presently Laine is launching her own personal brand, Livin’ Lively with Laine which invites everyone to live life to it’s fullest.

In every professional pursuit, as well as in her personal life, Laine Lawson Craft is committed to taking her message of hope, restoration and fulfillment to women all over the globe. “Everything we’ve been able to accomplish this far has been an affirmation of the desire God has given me,” Laine says, “to see women grow in intimacy with God and discover the freedom that comes through transparency and trust.”

When Laine isn’t on the road with the Start Again From Scratch Events, speaking at women’s conferences or representing WHOAwomen abroad, she’s spending time with her husband of 32 plus years, Steve, and her three children. She especially enjoys the great outdoors and entertaining friends. 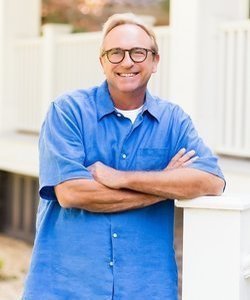 Steven H. Craft heads Craft Companies, a conglomerate of more than 50 companies strong that pursue, develop, and manage new, conventional oil and gas fields on-shore along the U.S Gulf Coast. Steve holds a Bachelor of Science degree in Geology from the University of Louisiana at Lafayette and pursued further study of carbonate geology in the Master’s program at the University of New Orleans. His career follows the path and accomplishments of his father, Wyatt E. Craft, who established the first Craft company which generated, leased, drilled and operated several hundred wells in southwest Mississippi. Steve specializes in seismic supported depositional dynamics through the identification and development of new oil field discoveries, primarily in the Mesozoic section of Mississippi and Alabama. Craft’s efforts have resulted in 34 new field discoveries, 23 of which were generated by Craft and assembled, drilled, and operated by Craft and/or his partners.

Steve also holds a life degree in marriage to speaker, publisher, and personality Laine Lawson Craft, consisting of the first 17 years of struggle and heartache and the past nearly 16 years of wedded bliss and renewal. Steve enjoys his work in the oil business, but his true passion is for God, his wife Laine, and their three grown children Steve, Lawson, and Kaylee. He is proud to partner with Laine on their first coauthoring venture, Start Again from Scratch: A No-Fail Recipe for Reviving Your Marriage (2015).